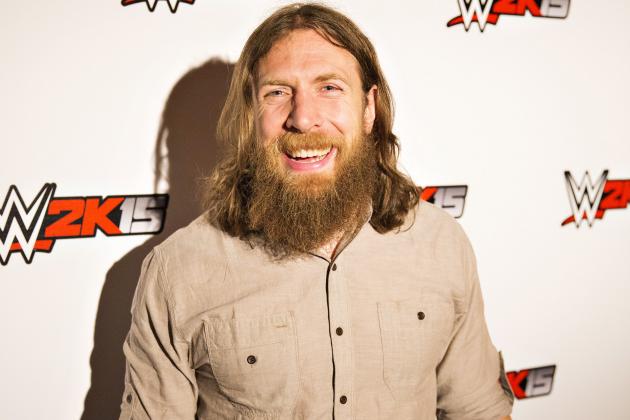 WrestleMania 34 just got a whole lot more interesting with the news released on Tuesday. That’s right, wrestling fans. Daniel Bryan is back to being an in-ring competitor.

Bryan’s return to the squared circle was announced via the WWE Twitter to an obviously excited reaction:

BREAKING: @WWEDanielBryan has been medically cleared to return to in-ring action! https://t.co/9GE9KfpeEV

all of us learning daniel bryan has been cleared pic.twitter.com/r4EF1egexA

Daniel Bryan being cleared by WWE is the biggest wrestling story of the year. This man's career would make a remarkable movie. I may need to turn on the notsam studio. Facebook Live or YouTube???

Bray Wyatt deleted himself so Daniel Bryan could wrestle again

We won’t forget your actions @WWEBrayWyatt

Daniel Bryan has crashed our website and we couldn't be happier about it. pic.twitter.com/ua40d8mvpy

I'm very happy for @WWEDanielBryan and fans all over the world that he gets to perform in-ring again! #SDLive ! pic.twitter.com/qa5q6pJYwz

Every #WWE fan’s reaction when seeing that push notification about @WWEDanielBryan!#SDLive #RAW pic.twitter.com/vlWg4BL8IT

Bryan last wrestled for WWE over two years ago and achieved the dream of being a WrestleMania hero when he won the WWE World Heavyweight Championship at WrestleMania 30 against Randy Orton and Batista in a triple threat match. Bryan defeated Triple H earlier in the night.