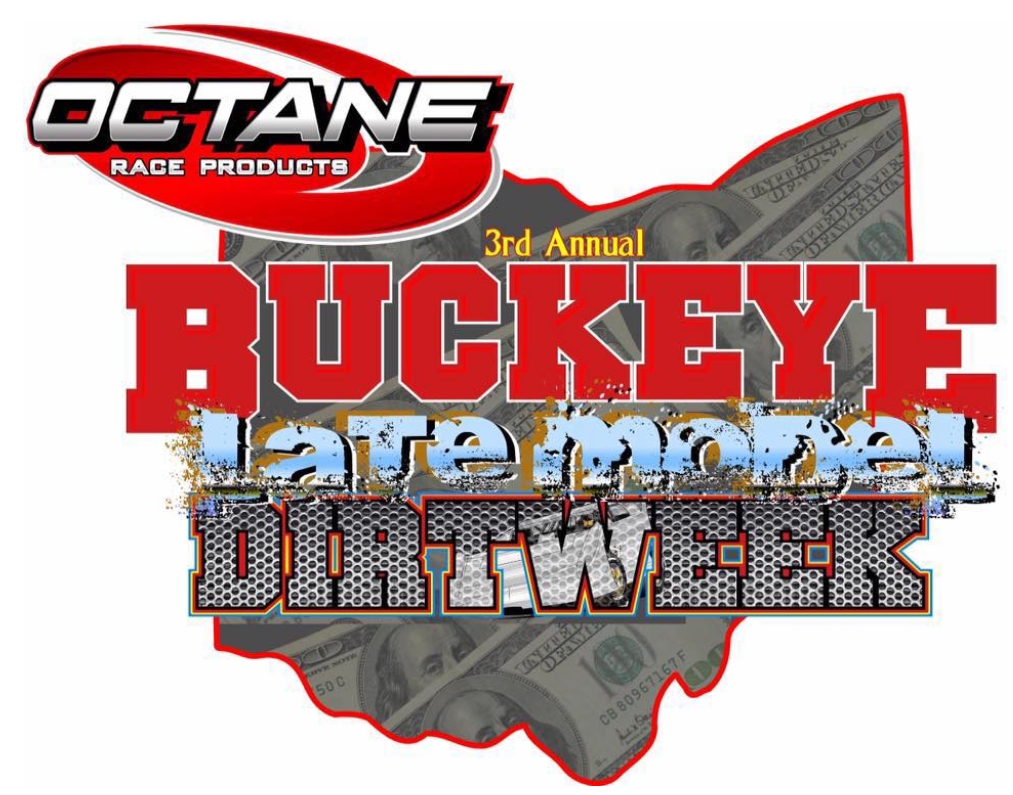 For the third straight year dirt late model fans across Ohio will get their fill with Buckeye Late Model Dirt Week presented by Octane Race Products.

Late changes to the schedule have reduced the number of events from seven to five. Hilltop Speedway and Midway Speedway both pulled out of the 3rd annual event last week.

Hilltop was set to host the opener Thursday while Midway was scheduled to host on Sunday.

Despite the reduced number of shows, the event will still provide five great nights of racing. It all starts Friday night at Muskingum County Speedway in Dresden.

The closest trip to northern Ohio that Buckeye Late Model Dirt week will make is a stop at Wayne County Speedway on Saturday for the “Dan Gross Memorial.”

Track regulars Ryan Markham and Doug Drown will certainly give those chasing the dirt week points title a run for their money. As of July 9th, Markham leads Drown by two points in the late model standings at Wayne County Speedwayy. Drown has one career Buckeye Late Model Dirt Week win and finished 7th in the points last year.

Late models aren’t the only division that will run shows sanctioned during dirt week. There will also be modified shows hosted by Moler Raceway Park and Skyline Speedway that pay $1,000 to win while the Atomic Speedway modified winner will take home $1,500 on Sunday, June 29th. The modified show this Saturday at Atomic Speedway will also go towards the points standings.