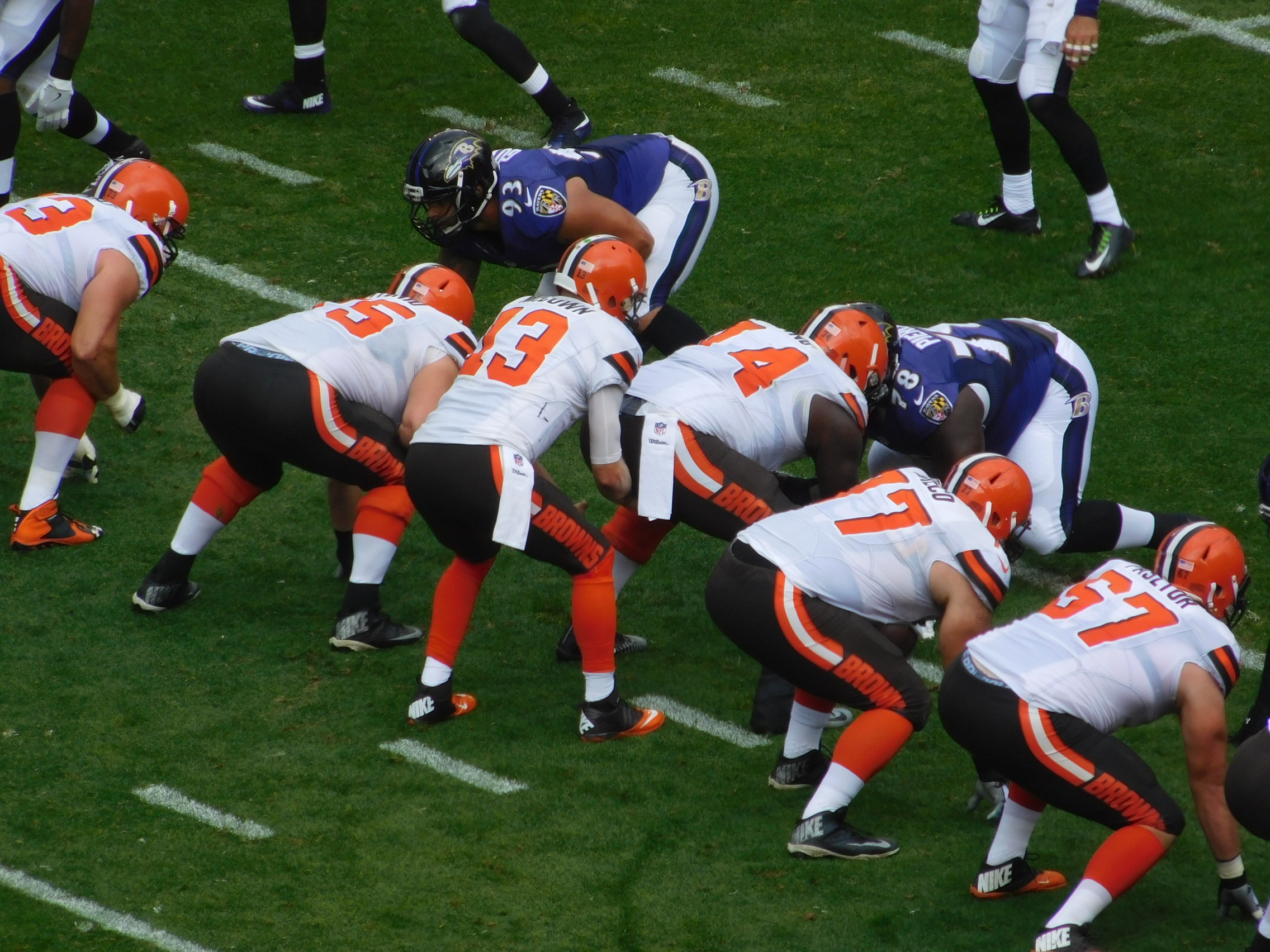 It was a thriller at First Energy Stadium but a losing effort by the Cleveland Browns as they fall to AFC North rival Baltimore Ravens.

The Browns wanted to make a statement whit their first possession and did they ever. QB Josh McCown led the Browns to a 75 yard scoring drive to WR Corey Coleman for a 31-yard bomb for Coleman’s first career touchdown to go up early on the Ravens 7-0.

After a solid defensive stand, the Browns started at the 15 yard line and with the first play of the possession, a hand off to Isaiah Crowell was all that was he needed as he ran 85 yards to take it to the house to go up 14-0 on the division rival which is the second longest rushing touchdown in Cleveland Browns history.

The biggest surprise in the first quarter was the defense. They held the Ravens to one first down on their firs possession after an big Devin Hester return to about midfield.

The next Ravens drive, QB Joe Flacco is picked off by DB Joe Haden which the Browns took advantage of and scored yet again but had the PAT blocked and returned for two points to finally get the Ravens the much needed score.

A scary sight as Josh McCown was taken back to the locker room to evaluate his shoulder after tossing the ball for his second touchdown, he was brought down hard on his left shoulder and had a questionable return. He returned shortly after being taken back. The Browns defense held strong yet again as the Ravens tried for the fourth down conversion but was held and turned the ball over on downs at the beginning of the second quarter.

It took the Ravens to the second quarter to get the Browns offense to punt. Up to that point, the Browns were 5-5 on third down conversions.

That’s more than they had in the entire game last week in Philadelphia. The Ravens defense started to pick things up in the second quarter. After going up 20-2, the Browns had trouble gaining any momentum and the big plays were limited. They also found the endzone for the first time on offense and Flacco threw to Mike Wallace from the four yard line to make the score 20-9 at the end of the first half.

The Ravens in the second half look like the Browns did in the first half. On their fist possession of the second half, the Ravens flew down the field and Flacco found Wallace for the second time today to make this a one point game.

The teams completely flipped rolls in a half. The Browns couldn’t do anything to stop Flacco and the Ravens look like the offense threat they have been in the past. McCown only completed one pass in the second half.

The second half was no where near as exciting as the first. The Browns had a good chance to add to the lead but a penalty on Coleman took them out of the endzone and then a missed field goal gave the Ravens a chance to finally take the lead and they do just that when Justin Tucker drills a field goal in to take the 22-20 lead.

The Browns, late in the fourth quarter, held the Ravens to another field goal to go up to 25-20 which gave them a fighting chance to get the lead and the win on the next possession.

Josh McCown led the team down to about the 30-yard line and had a completion to Terrelle Pryor but was called for taunting. That meant there was no gain on the play but still was first down.

In a questionable decision by McCown throws to the endzone for Pryor again but is picked off by the Ravens which ended any hope of a comeback for the Browns.

The Browns now move to 0-2 on the season while the Ravens improve to 2-0. Next week, the Browns take on the Dolphins in Miami.