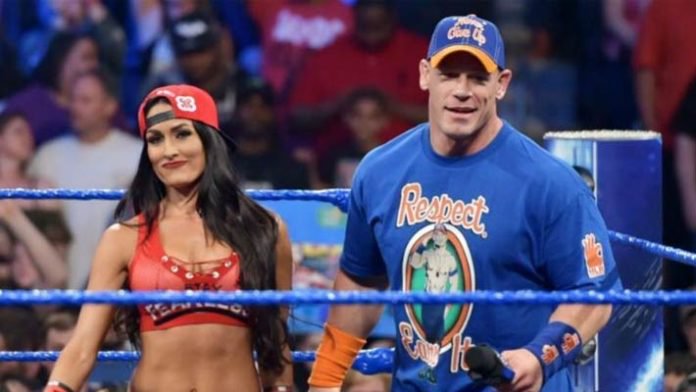 After a six-year relationship that saw a climax of engagement last year at WrestleMania 33, John Cena and Nikki Bella have split.  Is this hype for their May 20 Total Bella’s premiere on the E! Network, or legit?

In a statement released Sunday night on Instagram, John Cena and Nikki Bella had this to say about the situation:

We love you all ❤️ N pic.twitter.com/ooACLFXeMv

This comes as a shock to many who considered the couple the dream matchup, and perhaps the cutest couple in WWE since Randy Savage and Ms. Elizabeth.  Where everything goes from here, time will tell.

Bella had a previous relationship with fellow WWE superstar Dolph Ziggler, while Cena has admitted to having an affair with Mickie James while still married to his ex-wife back in 2009.  Again, a lot is still to be determined, but this is sad news.