Mat Insiders: RAW Sets Up Another Step Closer to WrestleMania 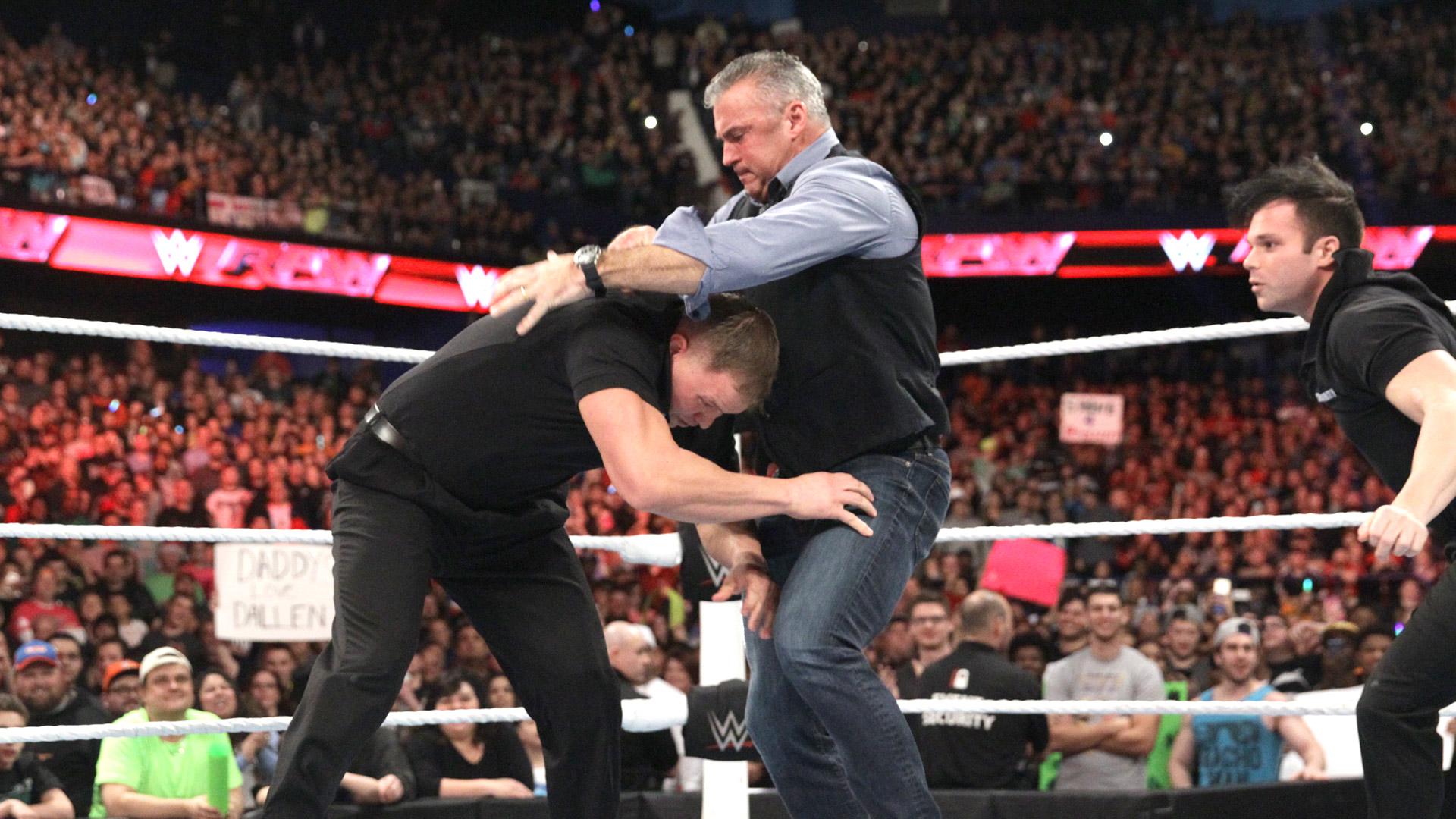 Opening Segment:
Shane McMahon starts the show. The Shane O Mac shuffle is my favorite. Shane says he should give his dad a father of the year award. Shane says it’s his destiny to run Monday Night RAW. Vince McMahon comes out after an Undertaker gong hit, the crowd got very disappointed. 10 minutes into RAW a CM Punk chant erupts.

Kevin Owens vs Neville
Neville is so good but the main roster has not helped him. Neville was so good in NXT but has not been the same on the main roster. Kevin Owens is great.
WINNER: Kevin Owens via grabbing the tights during roll up.
Owens set Neville up for a powerbomb on the apron but Sami Zayn came out for the save.

Brie Bella vs Summer Rae
A pointless Total Divas match.
WINNER: Summer Rae via Lana distraction
Why is Lana wearing that gear, right away I think of her days with Dolph Ziggler.

Dean Ambrose segment:
Ambrose says at Roadblock he is hijacking it and at WrestleMania he will hijack. Dean says Triple H will respect him after Roadblock. Triple H comes out after a while. Triple H says Ambrose has a fun little fantasy going on. Triple H says that Dean isn’t a road block but he is a speed bump or pot hole.

Dolph Ziggler vs Rusev, Sheamus, and Wade Barrett in elimination tag
Ziggler gets Barrett with a super kick. Sheamus hits the brogue kick on Ziggler.
WINNER: League of Nations
I understand the fact of stacking the odds against Ziggler but that was dumb.

Sasha Banks & Becky Lynch vs Tamina & Naomi
Sasha Banks makes Naomi tap out to the Bank Statement.
This was mainly just to give more attention to the triple threat at WrestleMania between Charlotte, Becky Lynch, and Sasha Banks.

R Truth and Goldust segment:
R Truth gives Goldust a Chicago style pizza as a form of an apology from last week. Goldust says that R Truth is playing a sick joke because he is lactose intolerance, Mark Henry takes the pizza.

New Day vs Y2AJ for Tag Team Titles
New Day hit Midnight Hour, Kofi tried blocking Jericho away from breaking up the pin but Jericho just pushed Kofi into the pin. Styles hit a 450 splash, which was amazing.
WINNERS: New Day via Big ending from Big E
One of the best tag team matches I’ve seen in a while from WWE. Chris Jericho turns on AJ Styles after the match by hitting three codebreakers on Styles. Jericho vs Styles more than likely happening at Mania.

Ryback vs Curtis Axel
I’m lost on the fact if Ryback is face or heel. He has the lone wolf mindset yet seems like a face.
WINNER: Ryback via Shellshock

Dean Ambrose vs Bray Wyatt
Why is Bray coming out alone, I’m confused. Dean would be the best fit as WWE World Heavyweight Champion. Ambrose is a babyface and the WWE universe can easily get behind him. The Wyatt family came out to interfere on behalf of Bray Wyatt. Triple H wanted to teach Dean something about authority. Triple H comes out, Bray Wyatt touches the WWE World Heavyweight Championship. Triple H went to clear off the announce table and as he got back in the ring Ambrose hit Dirty Deeds on Triple H to close the show.

Mat Insiders: Smackdown Sets Up Roadblock and Wrestlemania
Mat Insiders: If WrestleMania 32 Has an IC Ladder Match; Who Will Compete In It?