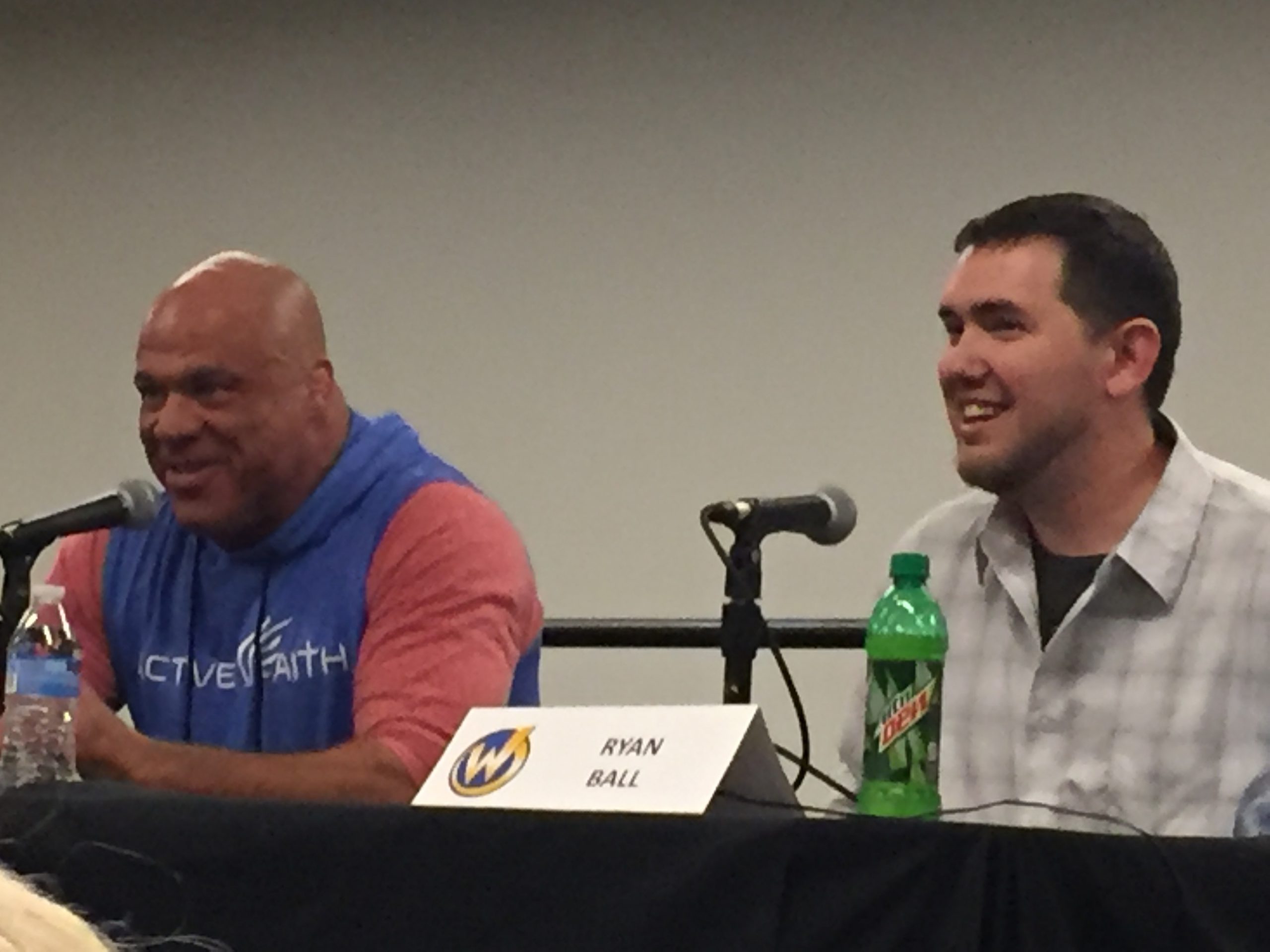 CLEVELAND – Oh yes, it’s true! Those are the words that are associated quite a bit with soon to be WWE Hall of Famer Kurt Angle, who spent the weekend in Cleveland at Wizard World Comic-Con held down at the Cleveland Convention Center.

Angle, who as stated in one of the videos below, has been clean and sober for four years after an issue with prescription pain meds, is set to be inducted into the WWE Hall of Fame on Friday, March 31st, two days before WrestleMania in Orlando.

Sunday he met with wrestling fans talking about a variety of subjects in the videos below, including his favorite WrestleMania opponent, what he likes most about wrestling, the WWE’s version of the failed ECW brand, one of his old rivals – Brock Lesnar, and more.

Check out the various videos on the next few pages and enjoy!

Wizard World Comic-Con Once Again Takes Cleveland by Storm
Somebody Call 911: The WrestleMania Match That Will Steal the Show