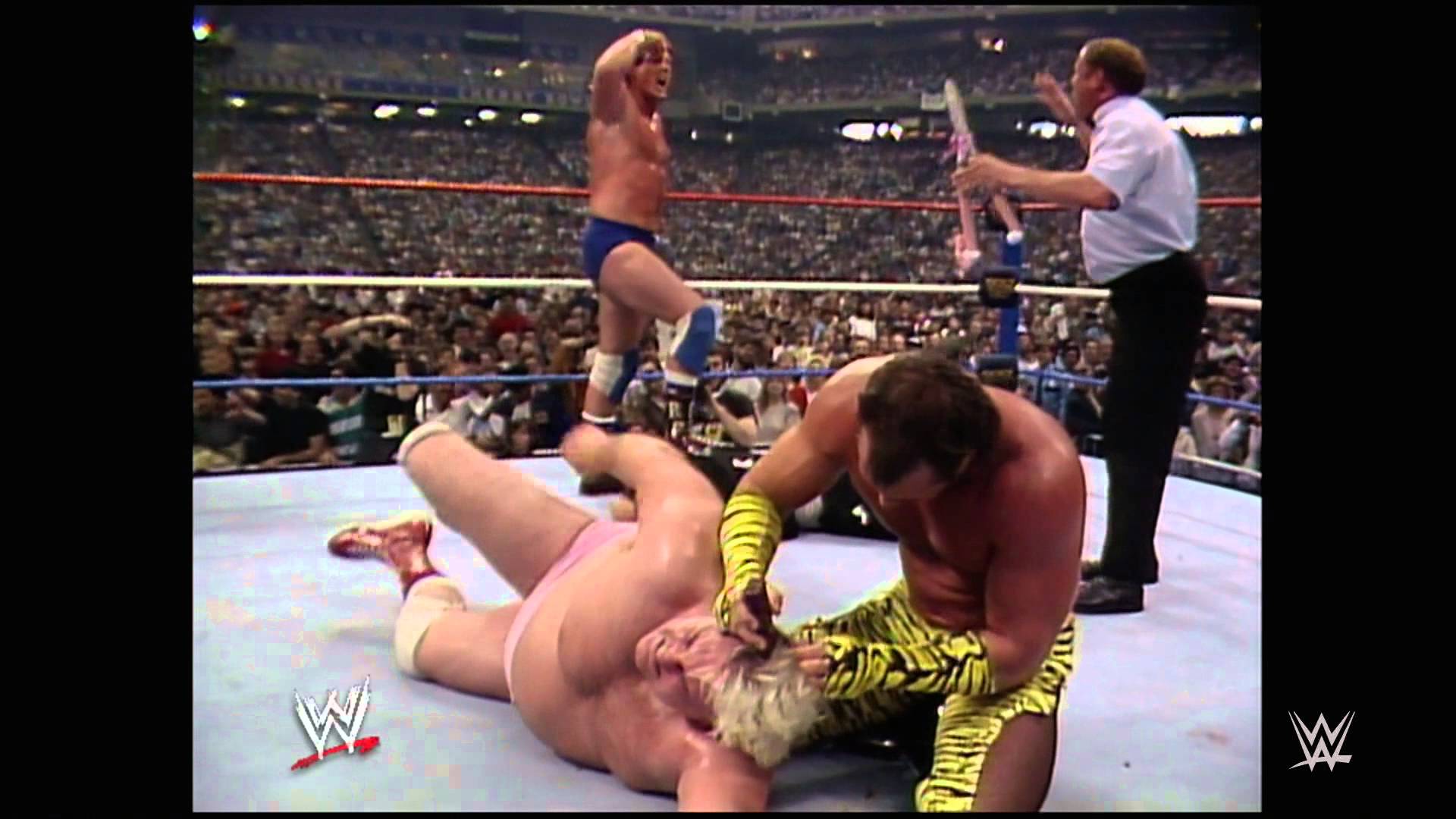 One of the most hyped matches on the card other than Hogan and Andre was the ‘retirement match’ with Roddy Piper going up against real life friend Adrian Adonis. To add to the match it was determined that whoever lost would have his head shaved.

It was not a surprise that Adonis lost, but the end of the match was odd, with Brutus Beefcake turning face and going to out assist Piper (the story was he on accident had part of his hair cut by Adonis in a match a few weeks before and wanted revenge). Piper put Adonis in a ‘sleeper’ hold to ‘knock him out’ in order to cut his hair.

Piper let Beefcake do the honors, but the problem was Adonis, who was well over 350 pounds, was sweating so bad his hair was wet, but when Beefcake went to use the electric shaver to cut the hair, you could easily see Adonis grimace in pain as the shaver wouldn’t cut through it.

Beefcake did his best with actual scissors to cut the air of Adonis, but it was just an awful end to a match that celebrated one of Piper’s many retirements.