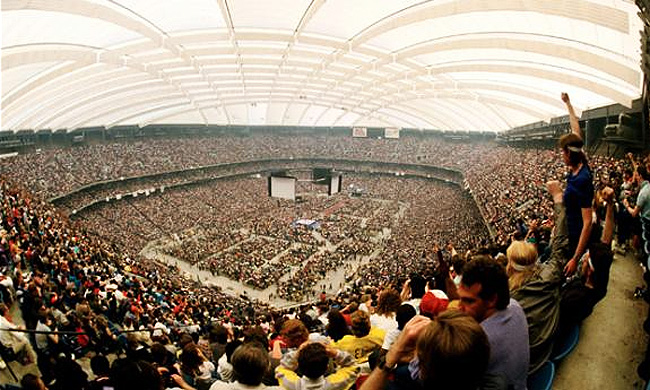 6. How Big Really was the Crowd at the Silverdome?

Much like how legends grow, there’s been much debate about the size of the crowd at WrestleMania III, as just about from the moment that ‘Mean’ Gene Okerlund announced 93,173 (at the time a new North American indoor attendance record), there was plenty that said it wasn’t even close.

Dave Meltzer of Wrestling Observer fame has always stated the real number at the Silverdome was more like 78,000, and his claim comes from WWF events promoter at the time Zane Bresloff. There’s no real way to ever go back and dispute who is right on the matter, as crowd shots from the event and pics are impressive, with not many empty seats all the way to the rafters.

The problem is how many seats were on the floor, a number that will always be debated when talking about the numbers of those at the Silverdome in March of 1987.